1
What turned out to be one of the best attended CYA events in years, the Stephens Rendezvous, was held on June the 11th thru the 13th at the new Stockton Waterfront Marina. A total of 26 boats attended over the 3 day period. 21 boats tied up at the docks for both nights, three boats attended for one night and two boats were there for only a few hours on Saturday. The event dinner on Saturday night was held at the dockside restaurant at Chitiva’s Restaurant, which so graciously closed its doors to the public for our event. The“Andrews Sisters” performed hits of the 30’s and 40’s for our entertainment. Afterward Chitiva’s reopened to the public and Salsa lessons and dancing commenced. Eightyeight yachts-people and their guests were there for dinner.
In years past the Stephens rendezvous was attended only by power boats. This year was a first as a Stephens sailboat, a 1949, Farallon Clipper, VIP came, and its owner, Don Taylor, enjoyed the event so much that he promised more sailboat attendance at the next event. What a beautiful sight!   We also had the one and only house boat constructed.
Maryann Rickard, made a grand appearance. The following is the list of those boats that attended: Allure, Beauty,Bella Barca, Cathrine E, Colleen, Eagle, Egret,Eslo, Flamingo, Florencia(now nicely restored), Killara, Lavendero,Makoto, Marlin,Merganzer, Nancy Lee,North Star II, Ranger,  Renegade, San Souci,Sea Gal, Siren, SueAnn, Susan Gayle, VIP, and White Swan. Guests who attended by land yacht included the irrepressible Beverly Partridge, Helen Ariza, Chris Paula, Bob Noorlander, Maargot Noorlander (guest of Charlie Rickard), Josh (nephew of
Susan Bernhard), John Mackey and Rear Commodore Les Cochran and Darlene. The Stephens family was represented by third generation Theo Stephens and his wife, and Barbara Stephens and her husband. On Friday night a cocktail party and delicious pot-luck dinner was served on the dock. Before the festivities Ann Baird from Assemblywomen Allyson Huber’s (10th Assembly district) office presented the proclamation to the Stephens Brothers Boat Builders and the proclamations was then presented to Theo Stephens. Copies were made by Les Cochran and passed out to all the Stephens yacht owners. Saturdaywas a leisure day with a trip to the old Stephens Foundry and Boat Yard, trips to the Haggin Museum, and downtown.  Farmers Market. During the day the public was invited to inspect our
yachts an d board as it was possible. Sunday morning a continentalbreakfast was held aboard the Delta Discovery. The boat was generously donated by Heather Ingram, owner and events plannernof Delta Discovery Cruises.
Most of the participants began to leave the docks around noon on Sunday headed back to the bay and other parts of the Delta. North StarII and Eslo remained
tied up until Monday morning to begin their weeks cruise through many of the delta ports of call. Reports are that a substantial number of golf balls were lost playing the course at the Ryde Hotel. The players, however, in this annual
tournament from Eslo and North Star II took the top three places. On behalf of co-chair Commodore Bill Wells and myself I want to thank everyone for their participation in this event. You all made this a most successful and memorable event.
Stephens Rendevous
Stockton  Marina
Reported by Shawn Ball - Event Planner & Recording Secretary 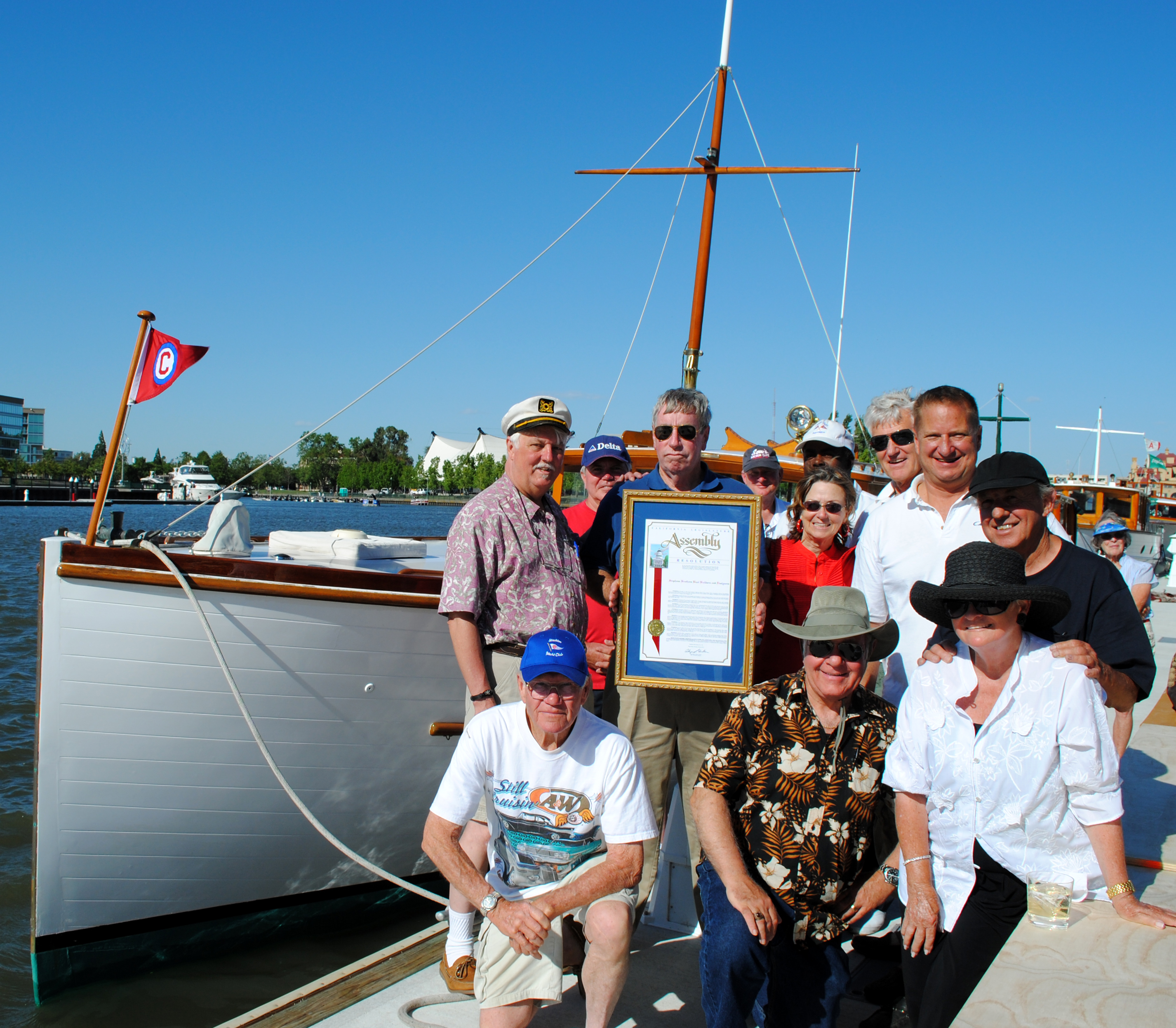